Recycling Hospital Waste: Is It Possible?

Around 2 million tons of biohazardous waste, known as medical waste, have been added to the earth by hospitals and veterinary clinics. This usually goes into landfills, and some are incinerated to be forgotten.

However, medical waste that goes directly to landfills after being sterilized is still hazardous because of ground water leaks that may cause local water supply contamination. Furthermore, animals can access these landfills.

According to the statistics provided by the World Health Organization, approximately 90% of medical waste is incinerated even though only as much as 15% is considered biohazardous.

WHO pointed out the reason for incineration; it was believed that burning the waste effectively destroys pathogens.

However, new research states that potential contaminants may be exposed to the environment because of the emission of microscopic particulates when incinerating waste.

What Hospital Waste Can You Recycle?

Operating rooms create most of the waste generated by hospitals, generating around 20% to 33% of the total waste. The items used inside operating rooms are most likely single-use items, and most of them are made of plastics.

Because of this, these plastics can be considered recyclable with the use of proper medical recycling techniques.

The Process of Medical Waste Recycling

In operating rooms, around 19% of the waste is sterilized blue wraps that contain lead. These have to be thrown away because lead is difficult to sterilize.

However, according to Spectrum Health, the lead can be removed from the blue wrap. Once this is removed, it can enter the typical process of recycling plastic, such as sterilizing, melting, and then reusing the plastic.

Autoclave recycling methods are another popular option in hospitals. They use a closed chamber system that utilizes heat and pressure to sterilize and destroy pathogens present in medical waste. This is commonly used in sterilizing medical tools made of plastic, metals, and glass. 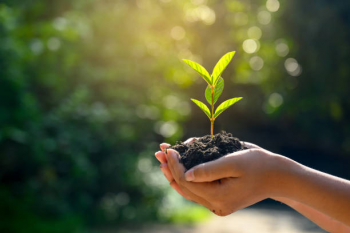 GOING GREEN IN HOSPITALS - HOW? 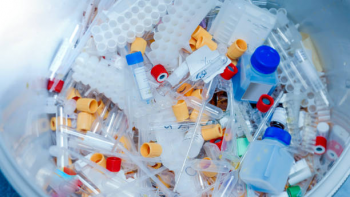 Learning about the Reprocessing Methods of Medical Devices to Reduce Waste 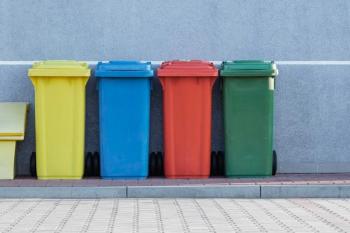 Recycling Medical Equipment: How it Can Lessen Hospital Waste 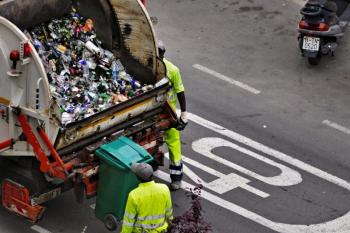